We all feel that we have to raise our voices sometimes. However, when we argue with our children as grown-ups, as parents, it is definitely wrong to raise voice since they are the naïve and ignorant side of the argument. When we blame them, we raise our voices and oppress them. But, we cannot expect a healthy relationship from children with this attitude. Kids scream, fight, cry; they expend great amount of energy just be realized.

Parents are the only source of trust

Parents are the priority in children’s life and the only source of trust. Eating and sleeping habit comes as a priority as well within parents. For children, eating, sleeping, toilet, anger, silence, hyperactivity are defence mechanisms. Those mechanisms show you that something is not right.

Stay unresponsive in front of children who are having a tantrum. Be patient and wait like the moment is frozen. When they are calm again, the life should continue like before with joy, don’t say words that reminds you that moments. What you can do for children who are not eating, sleeping or studying is to create the right environment. We should establish an example first and should not put pressure on them. Be there for your child but respect their choices and allow them to socialize. 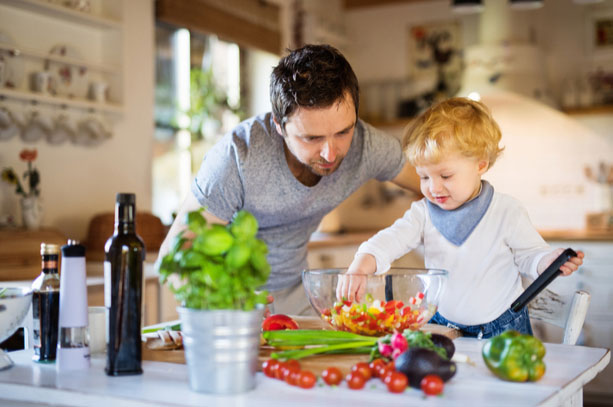 If you behave inconsistent, you lose trust

You have to behave consistent to children. Generally, parents’ biggest mistake is to tolerate children’s wrong behaviour until some point and then shouting “enough!” Your child doesn’t trust you after this point. Make your attitudes balanced. It is also important that mother doesn’t involve child’s relationship with father and father doesn’t involve the relationship with mother.

Crying children shouldn’t get what they want

Giving food to crying baby is wrong information, throw it away. When you give what they want immediately, you silence them, oppress their anger. What you have to do is calming them in the first place. Because, after a while children start to make you do everything they want and cry to make it happen. Don’t give them what they want at the moment they cry.

In conclusion, you, as parents, are their priority, only source of trust and only bound with real life. By staying calm and understanding the motives behind their actions you can build a healthy relationship and raise self-confident, strong individuals.